My article “The Missing Left? Economic crisis and the Programmatic Response of Social Democratic Parties in Europe” was just published by Party Politics. The article is available here.

My article shows that social democratic parties shifted their positions towards the left during the crisis but that their positions diverged with respect to different issue categories, as shown in the figure below. Although they defended the welfare state and opposed economic liberalism after the 2008 financial crisis, many parties also supported the reduction of government deficits and debt. Joining the chorus of austerity that became the dominant tune during the Euro crisis, social democratic parties adopted positions with regard to different economic issues categories, which do not neatly align on a single left-right dimension of conflict. This created tensions within the platforms of social democratic parties, which are a sign of the deep identity crisis that these parties faced in the wake of the economic crisis and that many of them have failed to resolve until this day. 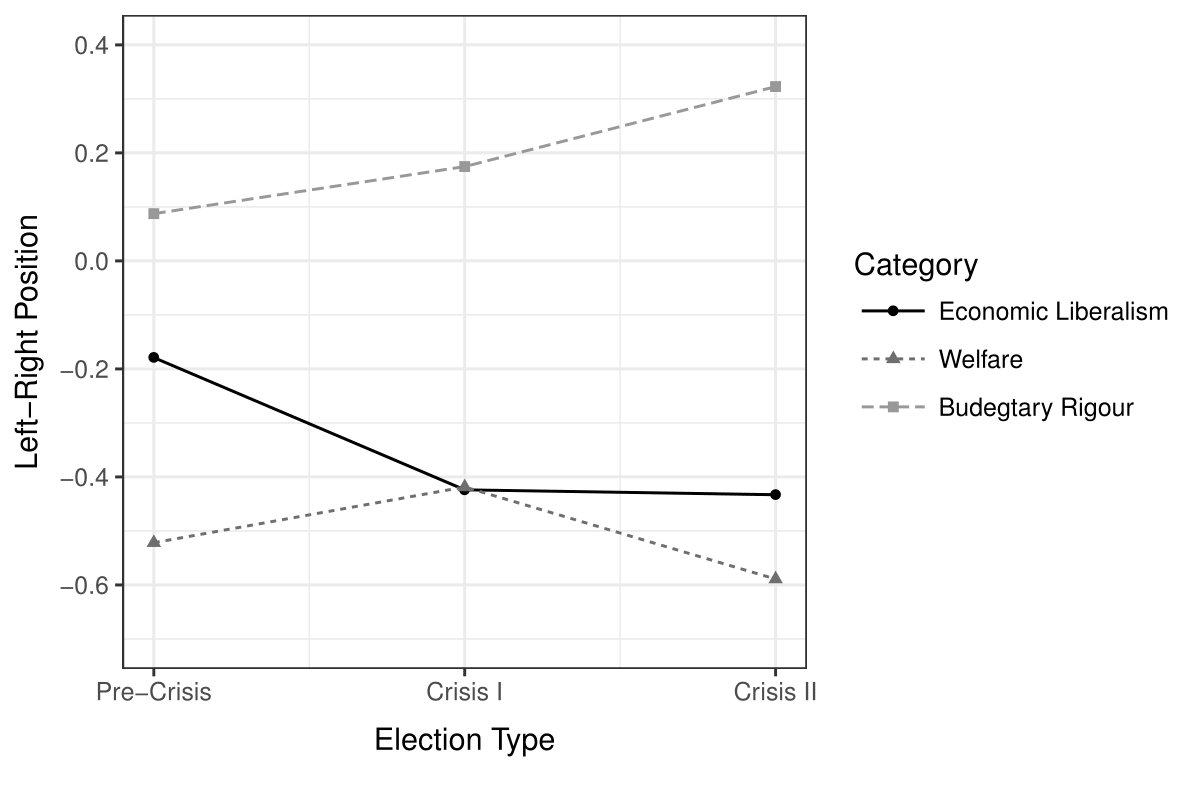 The findings suggest that parties are strategic actors that respond to changes in their economic context. In response to large economic shocks like the Great Recession, parties changed the salience that they attribute to economic issues and the positions that they took on these issues in different ways. However, parties do not always change their positions in the same direction on all (economic) issue categories. Instead, party competition during the Great Recession was complex and cannot be represented on a single economic dimension as parties attempted to bundle policy packages together that do not fall on the same end of the left-right dimensions.