This article was co-authored with Lucio Baccaro and Erik Neimanns. It was first published by the Washington Post’s MonkeyCage.

The covid-19 pandemic is plausibly the biggest challenge to Europe’s economies since the Great Depression. The coronavirus is hurting all European countries at the same time — but with differing economic fallout. Countries such as Germany and the Netherlands can easily borrow money to respond to the crash.

But countries like Italy and Spain fear that their bond yields — the price they pay to borrow money — will spike if they increase their public debt.

Are common European bonds a possible solution? Some countries and economists have called for this response. Such suggestions have always failed in the past, because of perceived public opposition in northern countries like Germany and the Netherlands.

Our new research suggests that public opinion in Germany is more complicated than most people think.

Calls for ‘coronabonds’ have led to political stalemate

The crucial question is whether the European Union — and in particular the euro zone, the group of 19 E.U. member states that share a common currency, the euro — can help protect its weaker members when they need to raise money to tackle an urgent crisis but can’t go to the markets.

In theory, Italy and Spain can take advantage of a special arrangement called the European Stability Mechanism (ESM). It would provide them with loans, in principle conditional on budget cuts and structural reforms, with the possibility of further support from the European Central Bank. In practice, the example of the Greek austerity program means that governments are wary of submitting themselves to the ESM.

These objections explain why nine euro-zone countries and many economists have argued for the mutualization of European debt through commonly issued bonds, which were once known as “eurobonds” but are now called “coronabonds.” In the past, northern E.U. members fiercely opposed eurobonds. German politicians, for instance, argued that they can’t support eurobonds because their voters are strongly opposed to them.

This results in an impasse. On the one hand, German and Dutch politicians don’t want to issue common debt for fear of voter anger. On the other, Italian voters are increasingly alienated from the euro and their northern neighbors. In one recent Italian poll, 45 percent of respondents considered Germany an “enemy.”

German politicians may not be considering the whole picture

Are German politicians right to worry that voters will punish them if they agree to the E.U. issuing coronabonds? To answer this question, we fielded a representative online survey experiment in Germany with 4,500 respondents in early April. The survey was funded by the Max Planck Institute for the Study of Societies in Cologne.

We gave each individual a scenario in which Italy is hit by a financial crisis and is considering exiting the euro. We randomly assigned respondents to receive different combinations of three pieces of additional information that might change how they interpreted events. Some individuals were informed that Italy’s deficit had increased because of the coronavirus, a health emergency beyond its control.

Others were told that Italy’s exit from the euro might cause the currency’s collapse, endangering the competitiveness of Germany’s exports. Others were informed of the costs to Germany of agreeing to share Italy’s future debt.

Finally, some individuals received no further information beyond the initial scenario — this was our control group. Thus, each survey respondent was exposed to one of eight combinations of information.

We then asked respondents how the German government should respond if Italy refuses to push through austerity measures in exchange for financial rescue programs. Respondents could choose to prevent Italy’s exit from the euro or facilitate it.

The results suggest that German voters want to stop Italy from leaving the euro zone. Among those who didn’t receive any further information, a relative majority wanted to stop “Italexit.” An absolute majority of those who had received information about the costs of Italy’s exit to the German economy wanted to prevent it. When this information was combined with information highlighting the effect of the coronavirus, nearly 60 percent of Germans want Italy to remain in the euro.

Some respondents who learned about the costs for Germany of sharing debt with Italy were less likely to want to stop Italy from leaving the euro, but the effect was smaller than that of the other two kinds of information. And when the respondents received all the information simultaneously, more than 50 percent of respondents wanted Italy to remain in the euro zone, while 30 favored Italexit. The figure below shows these results, on the left panel. 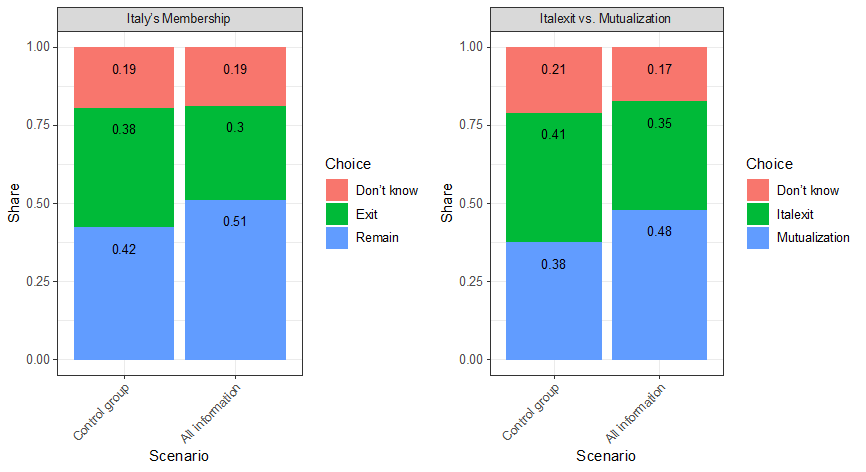 Figure 1: How likely are Germans to favor Italy’s euro-zone membership?

This figure shows the support of German voters for Italy’s euro-zone membership according to our April 2020 survey of 4,500 respondents. Fifty-one percent favor Italy remaining in the euro zone, while 30 percent are opposed when they receive all information (left panel). When forced to choose between Italexit and debt mutualization, only 35 percent would choose Italexit, while 48 would chose shared debts (right panel).

Both scenarios are costly to Germany, leading to divided public opinion, according to our data. For the group that didn’t get additional information, this second question showed 41 percent preferred that Italy left the euro, while 38 percent were willing to share the risks of supporting Italy’s economic recovery. More than 20 percent were uncertain.

Providing respondents with further information had less effect in this case, suggesting that people’s preferences were more rigid in the face of this trade-off. However, mentioning the costs of Italexit affected people’s opinions more than mentioning the costs of introducing eurobonds. When respondents were given all three pieces of information, almost 50 percent of them were in favor of eurobonds, while 35 percent were opposed, as shown in the results in the right panel.

In the face of this threat, preferences in Germany are malleable and uncertainty among voters is relatively high. This suggest that politicians have some room to shape people’s understanding of the facts. All in all, public opinion imposes fewer constraints on German politicians than the consensus would suggest.

This post was co-authored with Philipp Genschel and first published by the EUIdeas blog of the European University Institute.

This post is in German. It was authored with Nils Redeker and first published by the Jacques Delors Centre in Berlin.

Now is The Time to Revive The Fiscal Contract

This article was co-authored with Leon Wansleben and first published by Radix.

The Coronavirus Is Reducing Merkel’s EU Legacy to Ashes

This article was co-authored with Matthias Matthijs and first published by Foreign Policy.